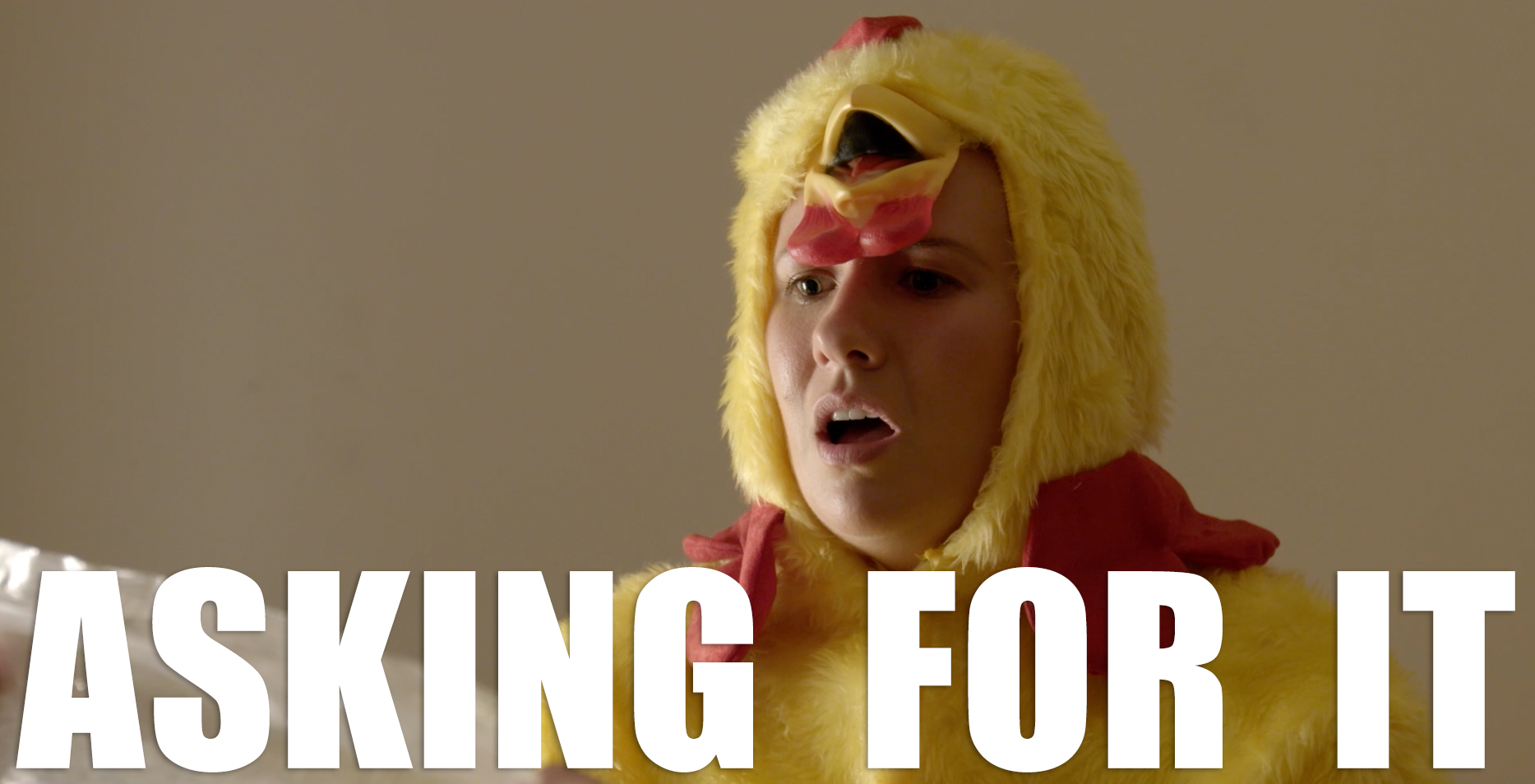 We swear to tell the whole truth and nothing but the truth so help us gals!

This PYPO and sketch was meant to point out the absurdity of such questions. It doesn’t matter if you’re wearing a tiny dress or, well, a chicken suit.

Sexual assault is always wrong and it’s on us to end it.

“She’s never asking for it.”

Next Post »
« What I’ve Come To Believe About Beauty
Fantasy Grandma: Judgement »
This site uses analytics, cookies and/or other 3rd party technologies that may have access to your data, which are used to provide a quality experience. If you do not agree, opt out and we will not load these items, however, necessary cookies to enable basic functions will still load. Visit our Privacy Policy to learn more.
I Agree I Disagree
Contact Us:
Email us at cs@pypo.com for requests involving data we collect. View our Privacy Policy for more info.
Opt In / Out:
To change your opt in settings, please click here to opt out or in. Or, close this popup.