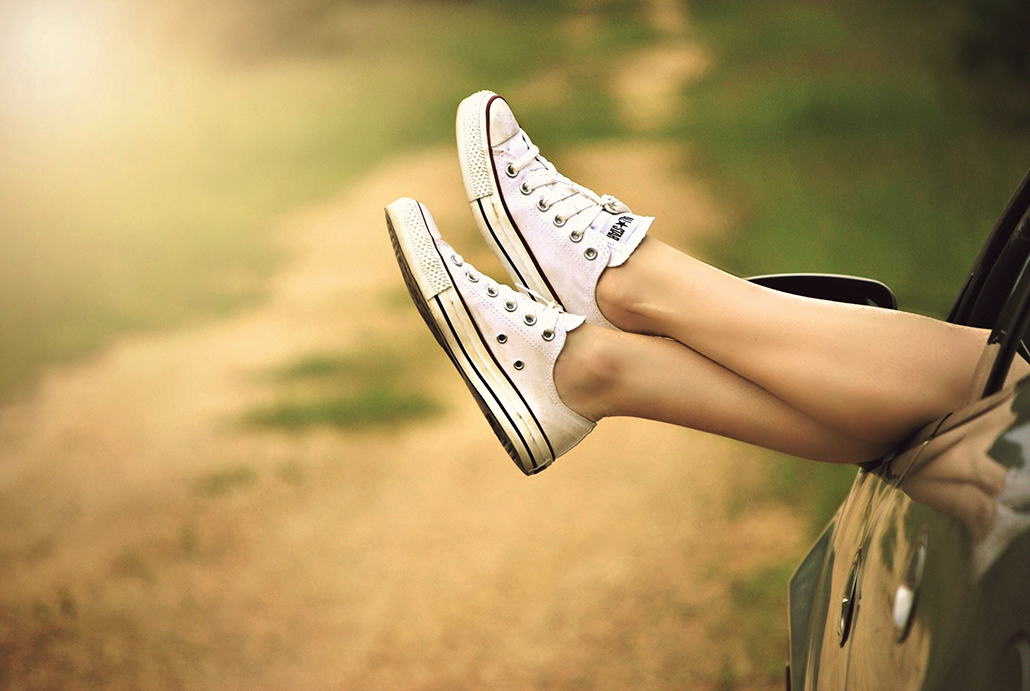 I am finally at the life stage where I mark milestone befores and afters.

I am finally at the life stage where I mark milestone befores and afters. Like, Before I met my husband, I dated a guy who took 4 weeks off every summer to follow Phish on the road—can you imagine?! And, Before I got married, I smoked Parliaments and did most of my food shopping at bodegas. Just recently I found myself saying, After I had kids, I stopped letting myself have nice things.

There’s something self-deprecating about a before/after observation. Not always, but often. It’s a wistful puff regret, of a life less free, less fun, less cool. (Seriously—try it out for yourself.) And now that I’m on the cusp of 40, I find myself thinking a lot about befores and afters. What’s most peculiar about this birthday in particular is that (like most of my friends) I don’t at all feel 40, and so crossing this momentous chasm into Adulthood feels at once frightening, arbitrary and perfectly banal. Why is this year different than all the others? Because you’re 40, you idiot.

Before 40, you’re still allowed to toy with life’s infinite possibilities. What if I abandoned my career to finally open that café I’ve always dreamed of running? What if we sold all our stuff and moved abroad for a few years? What if I got a tattoo on the inside of my wrist, or behind my ear?

After 40, you’re supposed to have all that shit figured out already. You quit renting and plant roots somewhere, enroll your kids in a great public school, and embrace the hard truth that though you’ll never win that Pulitzer/Emmy/Oscar, you’ve had a pretty good run all the same. You’ve done work you’re proud of, people respect you, and your down-to-earth kids see you enough every day to ward off the guilt that seems to plague your much more successful friends. If you can end the night in peace and health, in the company of a supportive partner, watching a new episode of The Good Wife on a comfy cozy couch, things are, by definition, pretty good, right?

I confess that a decade ago, that’s not how I measured happiness. Before I had a family, I envisioned a life of movie premiers and late night West Village dinners and a kitchen kitted out with balloon glasses dangling upside down, above my Wolf stove; of a high-flying career spent dragging my hard-shell Tumi through business class lounges and five star lobbies; of a catalogue-ready husband and tri-lingual kids. For what it’s worth, the kids do speak a Star Wars dialect, so there’s that.

This is not a rumination on age so much as maturity, and when I realize it’s been nestled on my shoulders unbeknownst to me. Who knows for how long. But there it is, the sensitivity and sensibility to recognize that victories and catastrophes are best in small doses and that you weren’t the first woman to get a tattoo after 40.

« Previous Post
Next Post »
« The Truth of Tears: Body Cry
WOMEN MAKE US LAUGH »
This site uses analytics, cookies and/or other 3rd party technologies that may have access to your data, which are used to provide a quality experience. If you do not agree, opt out and we will not load these items, however, necessary cookies to enable basic functions will still load. Visit our Privacy Policy to learn more.
I Agree I Disagree
Contact Us:
Email us at cs@pypo.com for requests involving data we collect. View our Privacy Policy for more info.
Opt In / Out:
To change your opt in settings, please click here to opt out or in. Or, close this popup.