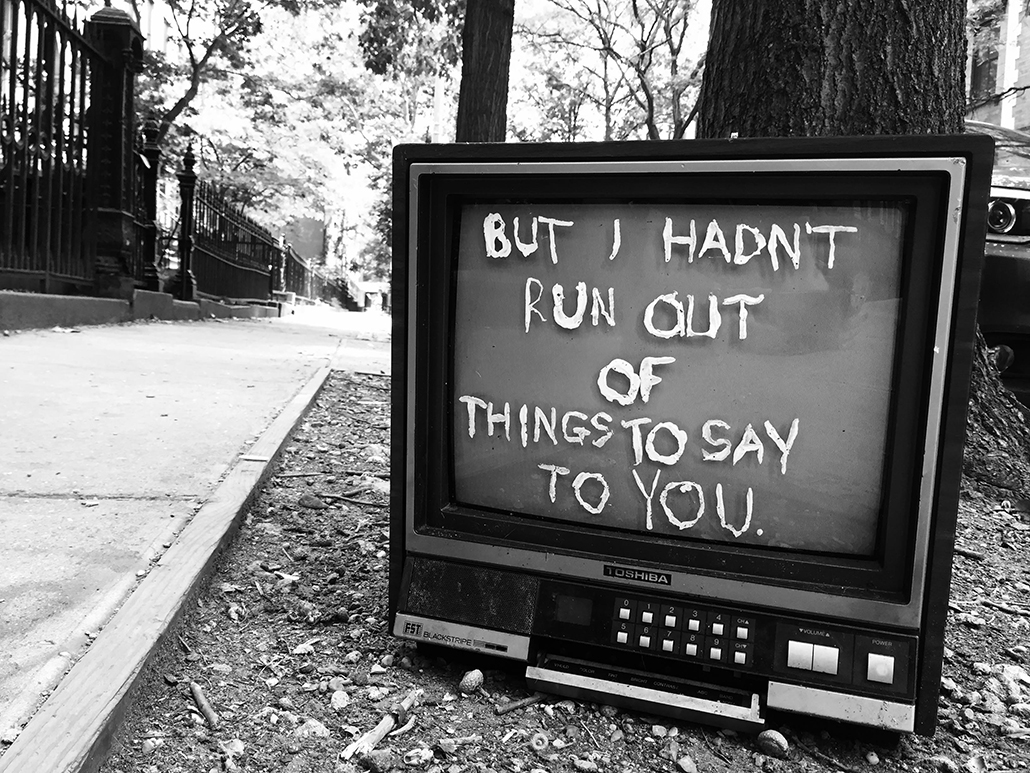 From Conversations to Characters

The best things in life are free…or they come from Asia. Case in point, we owe our friends in the Pacific Rim a debt of gratitude for the creation of the emoji. While the 1990s in America were cultivating the unaffected angst of Generation X, Japan was hard at work reinventing the way we communicate and that new form of communication materialized in the form of miniature cartoon characters. It didn’t take long for this seemingly sophomoric trend to turn worldwide, and according to linguist, Vyv Evans, Emoji is now the fastest growing language in the U.K. On the spectrum of linguistic evolution, it’s hard to say if mini cartoon pizzas, school buses and lumps of poop are a step forward or back. But, Emoji is only part of larger linguistic progression that begs us to ask, have we simplified language? Or have we completely lost it?

Gertrude Stein and her postmodern rose wouldn’t stand a chance in our current climate of communication. To Stein, “a rose, is a rose, is a rose,” today, a rose is a textually transmitted caricature, a 140 word tweet, or a 6 second vine stuck in an endless video loop. Modern language has been altered by the way we have employed and redefined our means of communication. Over the past decade, how we communicate has been largely dictated by the birth, evolution and popularity of social media. Conversational communication seems to be a thing of the past. We tweet, we post, we text, we snapchat, we share, and we favorite. But don’t be fooled by the “we” of it all, because the one thing all these seemingly made-up words have in common is the fact that they can all be considered “communication in isolation,” a language with our computers.

Social media has changed the way we use language in the sense that it allows us to communicate with an assumed audience as opposed to the physical presence of another human being. Removing the corporeal component of language has allowed for a greater sense of linguistic freedom, because it’s easier to be bold and brash and opinionated in text than in tongue. The platform of expression offered by social media has revolutionized what we say and how we say it. Words that would once make your mother blush are now posted with ease and newfound creative license. Because, let’s face it, unpatrolled linguistic freedom is a slippery slope. As the wise Liz Lemon once said, “It’s like on TV, it used to be you couldn’t say “crap,” and then they let that slide and now we can say whatever we want” (30 Rock, Season 4, Episode 16). And we do. And as words are thrown around with digital ease, they take on new meaning, are given new contexts, and slowly alter language at large.

This has been particularly true for language related to women – or to those of you more familiar with our updated vernacular – bitches, womyn, hoes, lady, sluts, ♀ or any other word, symbol, or video that has been reappropriated to represent the female gender. Whether these modern signifiers are terms of insult or endearment is a hotly debated issue, which will not be debated here. Because, honestly, it doesn’t matter. Maybe you think the word “bitch” is still an insult or maybe you have reclaimed it as a symbol of female empowerment. Maybe you think MILF is derogatory or maybe you see it as a compliment because it implies someone still wants to fuck you. Either way, the words are out there, and they’re not going away.

Language shapes how we are perceived, and if language is being redistributed we’ve been given a golden opportunity to reclaim, redefine, and reconstruct it to control our own perception. The truth is, language hasn’t been simplified or lost, it’s being changed. To try and qualify this change is irrelevant because it’s happening, and instead of trying to bleep words from the conversation, we need to join in.

« Previous Post
Next Post »
« Spelling Bee
Literally, Dude? »
This site uses analytics, cookies and/or other 3rd party technologies that may have access to your data, which are used to provide a quality experience. If you do not agree, opt out and we will not load these items, however, necessary cookies to enable basic functions will still load. Visit our Privacy Policy to learn more.
I Agree I Disagree
Contact Us:
Email us at cs@pypo.com for requests involving data we collect. View our Privacy Policy for more info.
Opt In / Out:
To change your opt in settings, please click here to opt out or in. Or, close this popup.