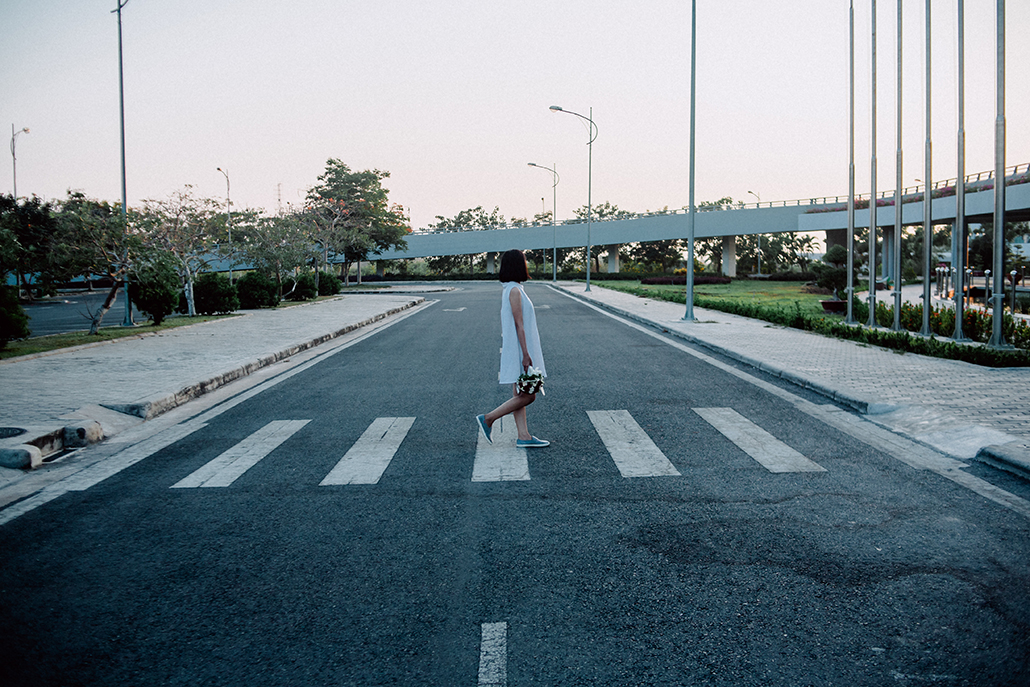 Go, Even Though You Love Him

Last week, I found out my divorce is final. We were two 33-year-old humans, who had known each other since we were 20 years old, and decided that we no longer wanted to be married. It was as simple as that and as complicated as that.

Last week, I found out my divorce is final.

We were two 33-year-old humans, who had known each other since we were 20 years old, and decided that we no longer wanted to be married. It was as simple as that and as complicated as that. Even with agreeing on everything, it still took nearly 7 months for the court to finalize our divorce. We had separated long before that.

So – we haven’t been together for a long time. But seeing “Judgement Granted” on the court’s website made me think about everything again.

Divorce is one of the ugliest words in the world, isn’t it? It comes with so many stigmas – you quit too soon, you don’t know what marriage means, you don’t know how to stick with something, etc. But today, a majority of us will have two to three marriages or significant relationships in our life. I know I am not alone, but this is not what I dreamed of. I didn’t want a starter marriage.

We got married at City Hall. We filled out one page of paperwork and they asked if we were related (uh, no). 24 hours later, we were allowed to be married. But with our divorce, we had hundreds of pages of paperwork to fill out. HUNDREDS.

He was my best friend. I tell everyone that I have the best ex-husband in the world. This is true, but also complicated. I don’t believe we will be friends for a long time. I hope we will be, but it is too hard right now.

Some days, I mourn the relationship even more than I did when we first separated. I still tear up walking down Ninth Street in the Village where we used to live, and Knickerbocker Bar & Grill where we hosted our wedding party, dancing in the streets with all our friends and family. We share a dog, Rocco, so we see each other for quick drop-offs and pick-ups. I cry, sometimes uncontrollably, after every one. At many points, I thought I could never survive without him in my life. And yet, I’ve made it.

I have made it through my darkest moments because of him and him because of me. We considered each other’s families to be our own. My siblings had known him for 13 years, so he was a brother to them. But, in the end, I couldn’t shake that we were just friends. I wanted more from a marriage than a great friendship.

In Tiny, Beautiful Things, an advice book that changed my life, Cheryl Strayed wrote to women in similar situations:

“Go, even though you love him.

Go, even though he’s kind and faithful and dear to you.

Go, even though he’s your best friend and you’re his.

Go, even though you can’t imagine your life without him.

Go, even though he adores you and your leaving will devastate him.

Go, even though your friends will be disappointed or surprised or pissed off or all three.

Go, even though you once said you would stay.

Go, even though you’re afraid of being alone.

Go, even though you’re sure no one will ever love you as well as he does.

Go, even though there is nowhere to go.

Go, even though you don’t know exactly why you can’t stay.

Go, because you want to.

Because wanting to leave is enough.”

He said to me once – “You were brave enough to do the thing I never would have done.” It was me that initiated it, and he barely fought against it.  We both knew, and we were both heartbroken.

Going through this has made me far less judgmental, and FAR more sure of my decisions. I make decisions quickly but I trust my gut, finally.

I’ve had so many more people confide in me – their secrets, their struggles, their dreams. I understand why people hold on, try to control the only things they have left to control, and spiral into versions of themselves they don’t want to be. And yet – why do we make it more painful on ourselves? When it’s over, it is over. Why would you WANT to be with someone who doesn’t love and cherish you like you should be loved and cherished?

I hope our divorce reflects our great friendship, our great love, and the lowest of lows we went through together – a respectful, terribly challenging, and ultimately right decision.

« Previous Post
« Home Sweet Home
Before/After »
This site uses analytics, cookies and/or other 3rd party technologies that may have access to your data, which are used to provide a quality experience. If you do not agree, opt out and we will not load these items, however, necessary cookies to enable basic functions will still load. Visit our Privacy Policy to learn more.
I Agree I Disagree
Contact Us:
Email us at cs@pypo.com for requests involving data we collect. View our Privacy Policy for more info.
Opt In / Out:
To change your opt in settings, please click here to opt out or in. Or, close this popup.