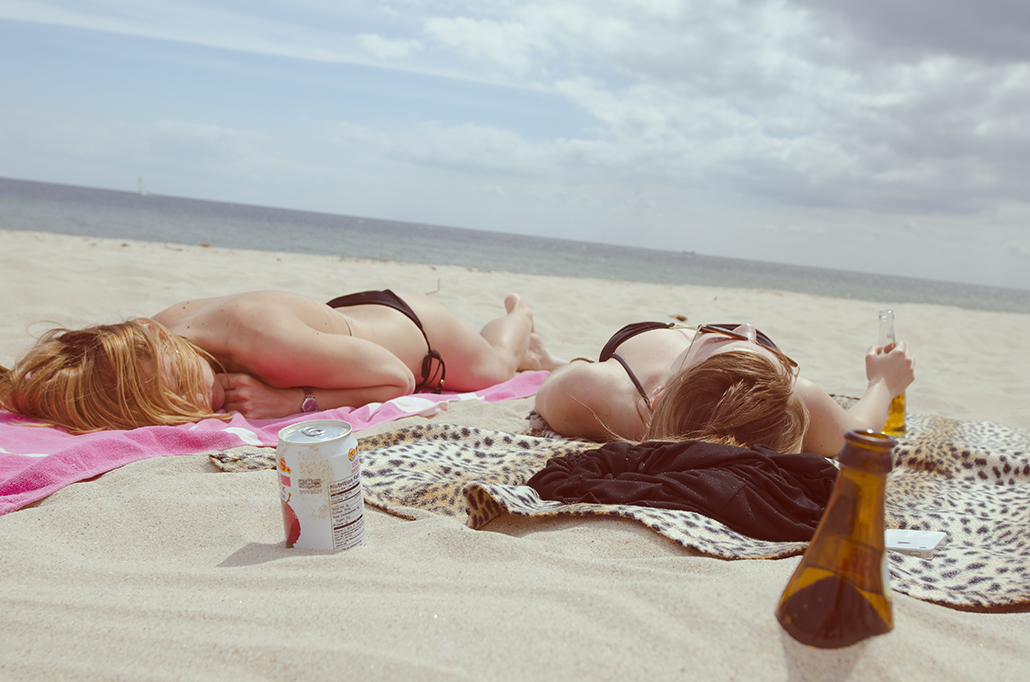 Men either love or hate things, women are more nuanced, complex, and evolved.

Men either love or hate things, women are more nuanced, complex, evolved. We love and hate the exact same things, often at the exact same time. It’s one of our super powers and what keeps men on edge, just as we prefer them to be.

Men are straightforward creatures.  Take the Yankees, dudes either love them or hate them. There is no changing their minds on this. Jeter could sleep with his wife, wreck his car and steal his money, he’d still be a Yankees fan. But a guy from Boston? A Yankee could save his baby daughter from a burning house, he’d be grateful, but he’s still hate the god damned Yankees.

This simplicity is one of the reasons we are able to secretly dominate the male gender, we always know where they stand. With women, you have less than a 50/50 shot of guessing our opinion on any damn thing at any point in the day. Even if we tell you directly that we love or hate something, you still don’t know what we mean.  Other women know, dudes don’t. It’s like the rare secret language of elephants, only other elephants understand it.

Here’s a little primer, actual meaning may change based on the last time we ate, whether or not we are tired or if you are chewing with your mouth open while talking to us. We are smiling on the outside, on the inside we are plotting your grisly murder.

Our bodies. Let’s be clear, none of us love our bodies, or our clothes, or our hair. We hate everything about ourselves most of the time. It’s our best friend’s job to tell us she loves our new haircut or low rise jeans. You are best off to stay the hell out of this minefield, only women understand the love/hate ratio response to beauty and fashion inquiries, your job is to not complain when the Amex bill comes because we look so god damned fabulous.

Our friends. We love and hate each other equally, but don’t ever fucking agree with us when we tell you that we are so sick of our best friend and hearing about her kid’s varsity athletics, we will cut you, she’s our best friend, only we are allowed to hate her. I mean love her.

The words “I Love You.” We love it when you say this, except when it’s while you’re asking us to drive the kids to soccer so you can play golf, again. Or when you say it with that tone that we know just means you’re hoping for that special job and you know we’re tired and it’s not even our anniversary. Sometimes we fantasize about driving you over with the car, but we still love you.

Being called “Mom.” We LOVE this when the baby first says it. We fucking hate it when we’re on the phone with our best girlfriend and our toddler has said it thirty times in a row with increasing volume because, we are ignoring him. Saying Mom, mom, mom, mom, doesn’t make us respond, it makes us want to kick you (sorry Tommy). We don’t, because you’re our child and we love you, but right then, we sort of hate that we ever had you. Don’t worry, in two minutes after we get off the phone and have coffee, we’ll love you again.

The nanny. We love being able to go to work and have someone take care of our precious offspring. We hate having another woman in our house, with our kids, touching our stuff. Putting the silverware away wrong can be cause for termination because we hate you so much, until you offer to stay late so we can go out for a drink with the girls, then we love you.

So you read this far and you still don’t get it? It’s because you’re a dude, the woman who gave this to you thought it was fucking hilarious. Go make her some coffee and tell her she’s amazing. She won’t believe you, but you’d better say it anyway, she’s always got a half formed Mafia style hit on you in the works.

« Previous Post
Next Post »
« Why We’re Talking About A Love/Hate Relationship Part 2
Guest PYPEin »
This site uses analytics, cookies and/or other 3rd party technologies that may have access to your data, which are used to provide a quality experience. If you do not agree, opt out and we will not load these items, however, necessary cookies to enable basic functions will still load. Visit our Privacy Policy to learn more.
I Agree I Disagree
Contact Us:
Email us at cs@pypo.com for requests involving data we collect. View our Privacy Policy for more info.
Opt In / Out:
To change your opt in settings, please click here to opt out or in. Or, close this popup.