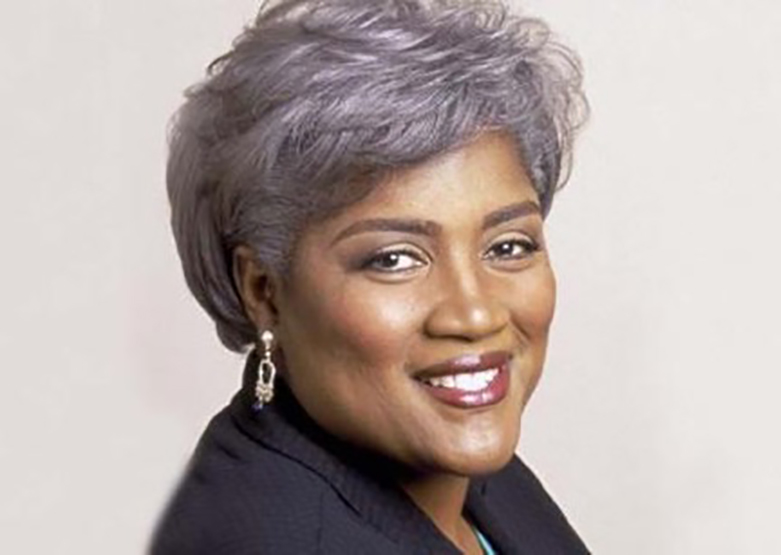 This week, we’re launching our featured PYPO Player Questionnaire! Every Thursday we will showcase a PYPO Player who inspires us. Our first PYPO Player is…..drumroll…..Donna Brazile!

Brazile began her political career at the age of nine when she worked to elect a city council candidate who had promised to build a playground in her neighborhood; the candidate won, the swing set was installed, and a lifelong passion for political progress was ignited. Four decades and innumerable state and local campaigns later, Brazile has worked on every presidential campaign from 1976 through 2000, when she became the first African American to manage a presidential campaign.

Author of the best-selling memoir Cooking with Grease: Stirring the Pots in American Politics, Brazile is an adjunct professor at Georgetown University; a syndicated columnist for Ms. Magazine, and O, The Oprah Magazine; and an on-air contributor to CNN and ABC, where she regularly appears on This Week. Her secret passion is acting: she has recently made two cameo appearances on CBS’s The Good Wife. Ask her and she’ll tell you that acting, after all, is the key to success in politics.

1.) What is your occupation?

2.) If you weren’t a political commentator and strategist, what would you be?

3.) Who is the funniest person you know?

5.) On a plane would you rather sit next to Donald Trump, Ted Cruz or Bernie Sanders?

Donald Trump (I would like to give him some off the record advice.)

At home gardening or in Hawaii watching the sunset.

8.) What is your current state of mind?

This weekend. I won a tiara and later thought of it as a crown with thorns.

I do it so often. When I am late, when I don’t have my act together or when I am tired and grumpy.

A quick prayer, an affirmation and a sense of gratitude.

« Previous Post
Next Post »
« Not AT ALL Sorry
Love Me or Leave Me »
This site uses analytics, cookies and/or other 3rd party technologies that may have access to your data, which are used to provide a quality experience. If you do not agree, opt out and we will not load these items, however, necessary cookies to enable basic functions will still load. Visit our Privacy Policy to learn more.
I Agree I Disagree
Contact Us:
Email us at cs@pypo.com for requests involving data we collect. View our Privacy Policy for more info.
Opt In / Out:
To change your opt in settings, please click here to opt out or in. Or, close this popup.