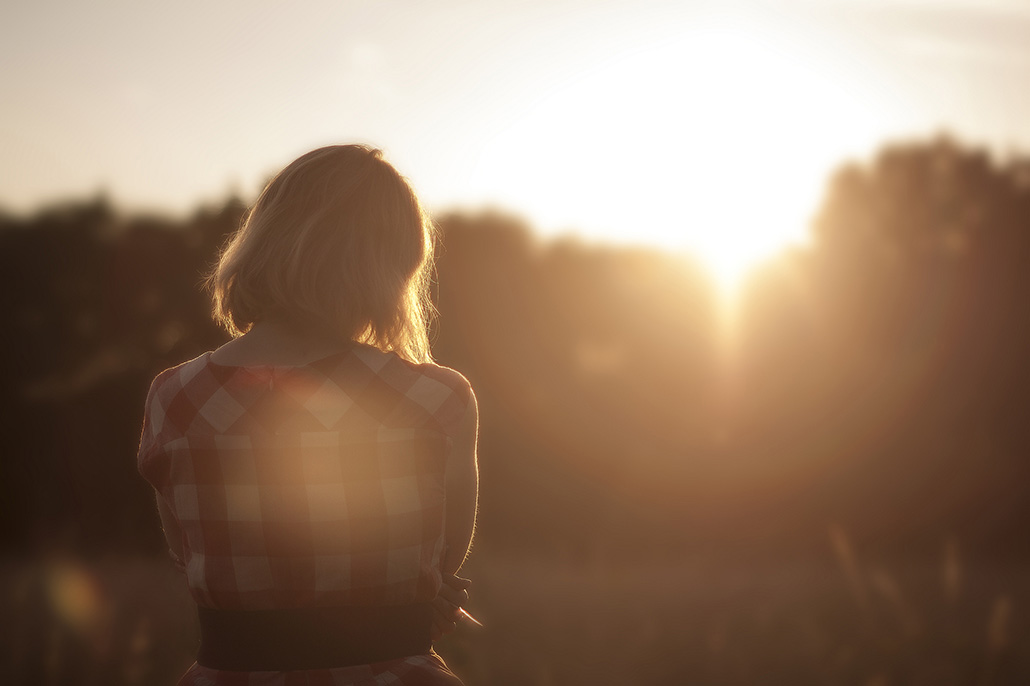 A few years ago, I went to a concert with a friend.  We stood in the venue lobby, sipping overpriced wine before the show, when my friend chuckled to herself.

“I’m so self-centered,” she said, grabbing my attention.  “I’m standing here, thinking all these guys are staring at me.  But they’re not.  They’re staring at you.”  I smiled uncomfortably as my heart sank.  I took a sizable swig of my drink.

She was right.  In that moment, not unlike many moments in my typical day, people were staring at me.  And I had no idea.

My friend thought these concert-goers were staring at her, because she’s pretty.  Strangers often comment on her beauty.  But that’s not what happens with me.  That’s not why these guys were staring.

When I was 12 years old, I lost my right eye to cancer.  The surgery also damaged the bone structure that supported my eye, so a prosthesis wasn’t an option.  Ever since, I have worn a black eye patch.  And for more than 15 years now, the world has not stopped staring.

On some level, I get it.  The strangers I encounter on the street, at the grocery store, or waiting around before a concert are caught off-guard.  They’re living their everyday lives, and BOOM!  Captain Ron is in the house.  I don’t blame them for needing a moment to process that.

When they stare, I think these strangers are wondering what happened to me.  On its own, my patch doesn’t scream, “CANCER.”  It’s more mysterious than that.  I could be a cancer survivor, or a wounded warrior, or some badass chick who survived a sick bar fight.  (Did I mention I also have a six-inch surgical scar that slashes horizontally across my neck?  Yeah—it’s intense.)

While I can rationalize the staring as unavoidable human behavior, the stares still hurt.  Sometimes, they cut deeper than a scalpel.  They infiltrate my headspace and expose fifteen-year-old wounds.  They remind me that I’m different.  And after all these years, they suggest I may never be “normal.”

Luckily, I have a secret weapon: I am legally blind.  I have some sight in my remaining eye, but the details of my surroundings are often lost on me.  Unless they’re within arm’s reach, I won’t notice a stranger’s stare.  Rude comments and probing questions are hard to miss, but silent, lingering stares from more than a few feet away can easily slip by.  They simply do not enter my consciousness.

This gives me the power.  Unaware of the stares, I can define who I am, unaffected by the perceptions of others.  I am not forced to decide whether I will let someone else’s reaction to me compromise my opinion of myself.

In my head, I’m still the girl I was before my surgery.  I’m not unusual.  I’m not stare-worthy.  And when I’m walking down the street, at the grocery store, or waiting around before a concert, that’s the way I like it.

« Previous Post
Next Post »
« The New 10
My Balls are Bigger than Yours »
This site uses analytics, cookies and/or other 3rd party technologies that may have access to your data, which are used to provide a quality experience. If you do not agree, opt out and we will not load these items, however, necessary cookies to enable basic functions will still load. Visit our Privacy Policy to learn more.
I Agree I Disagree
Contact Us:
Email us at cs@pypo.com for requests involving data we collect. View our Privacy Policy for more info.
Opt In / Out:
To change your opt in settings, please click here to opt out or in. Or, close this popup.