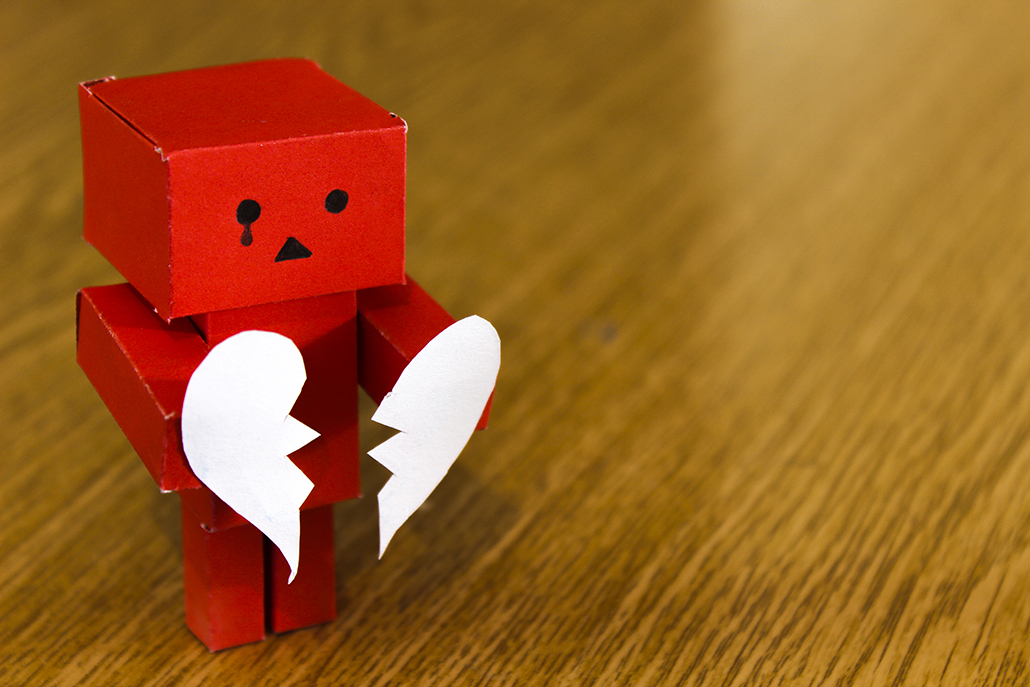 “Sorry, I’m on my period!” The looming Valentine’s Day dilemma

Ah, Valentine’s Day, the most important day of the year for any couple who have been dating for less than 6 months. But for those who want this puppy love phase to blossom and grow into conversationless evenings of Netflix and food bingeing, then Valentine’s Day can make or break you.

Ah, Valentine’s Day, the most important day of the year for any couple who have been dating for less than 6 months. But for those who want this puppy love phase to blossom and grow into conversationless evenings of Netflix and food bingeing, then Valentine’s Day can make or break you.

Now, let’s me honest, nothing will ever quite make up for selfishly menstruating on V Day, but there are some things which may just get you across the line and him away from Tinder.  Because V day is not Vagina day and there is also no Saint Vagina (yet!).

The key is timing. You don’t want to spring it on him too early. His hand might be suggestively resting on your thigh, but at the mention of the P word that hand will be reaching for his phone and booking you an Uber Pool on the ASAP. But you also don’t want to spill the beans too late (Victoria’s Secret G-string time). You want to wait until things have heated up just enough to reach that point of no return. Most importantly, let him know you’re sorry!  He needs to see that you’re just as upset  as he is (not upset to the point where you’re crying, that’s disgusting). But don’t just say you’re sorry, show that you mean it.  Offer suggestions — and quick!

“…How ‘bout a blow job?” Ask him like you want it.  Like he doesn’t even get a  choice. Like it’s a bonus course on your delicious Nobu meal. Extra dessert? Yes please! He’ll probably even be thankful in the end because it doesn’t generally require any cuddling afterwards. But for God’s sake, don’t even bother with a hand job offer. If he wanted that he would’ve booked a bench at Chipotle. Don’t be a rude bitch. Show you’re grateful.

“…We can just do it anyway?” This will elicit either of 2 reactions: a shrug of “why not?”, or a repulsed face and dry reaching. You’re going to have to judge for yourself, but in the event you go through with it, opt for a shower setting because as good as the idea of a bed may seem in the throes of passion, he won’t have the same fondness for you when he’s doing his laundry the next day. And hopefully your flow isn’t heavy enough to leave his bathroom looking like something out of Psycho.

“…I’ll let you do whatever you want to me!” Now this is a risk — but it shows just how sorry you really are. The obvious problem here is that the guy could be a serious sicko and want some crazy, fucked up shit. But it can also show his (and your) fun side! Maybe he’ll want to play scrabble or do some pottery to “Unchained Melody”. He might just want to talk about his mother and be keen to know all about your life. You’ll never know unless you offer, but chances are he’ll probably just want anal because it’s Valentine’s Day and he’s a romantic.

“…What about my tits?” If you have ‘em, use ‘em. That’s what they’re there for. He’s been staring at them all night and will be happy to stick something in there.  But if  you’ve lied to him and the rest of the world by having added some extra padding and a good lift, I’m not sure any apology will make up for that kind of misleading lie. You deserve to die alone.

“…What about my feet?” Again, a risk. You may need to drop hints throughout the night to suss out his fetishes. Ask him about his favorite celebrity feet and whether he likes high arches or overpronation. And don’t forget, you can always laugh off suggestions and act like you were joking. It shows how hilarious you are and is also a good way to brush up on those acting skills!

Whatever it is you choose, the most important thing is to just be yourself! Only dress better, look sexier, smile more, act smarter (but not as smart as him), be funny (but not as funny as him), be strong (but not a feminist), be forward (but not a slut) and probably don’t wear white.

So check those iCals, and if that time of the month happens to fall on the 14th of February, pray to Saint V and get ready to show your date just how sorry you really are.

« Previous Post
Next Post »
« Teddy Time
The Gettysburg Address »
This site uses analytics, cookies and/or other 3rd party technologies that may have access to your data, which are used to provide a quality experience. If you do not agree, opt out and we will not load these items, however, necessary cookies to enable basic functions will still load. Visit our Privacy Policy to learn more.
I Agree I Disagree
Contact Us:
Email us at cs@pypo.com for requests involving data we collect. View our Privacy Policy for more info.
Opt In / Out:
To change your opt in settings, please click here to opt out or in. Or, close this popup.