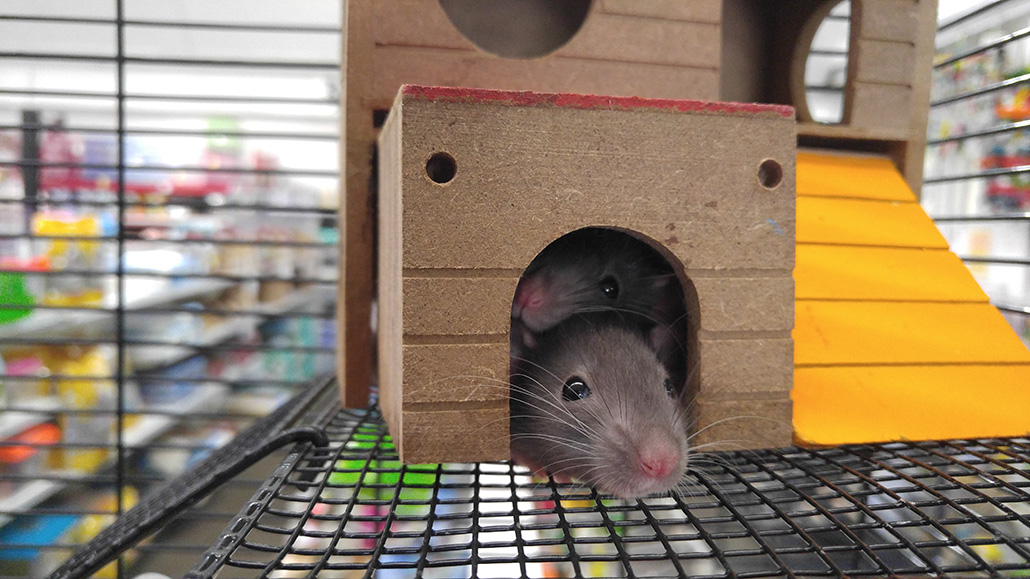 One of Yerkes and Dodson’s key experiments defining “comfort zone” was the “The Dancing Mouse.” In 1908, the scientists gave mild electrical shocks to motivate rats to complete a maze, but when the electrical shocks became too strong, the rats would essentially lose their shit, scurrying around in random directions desperately trying to escape.
I was once one of those hysterical mice.

Optimal arousal. Sounds hot, but it is not what you think. It’s the basis of the Yerkes Dodson Law, which claims there is a direct relationship between performance and arousal. Increased arousal (mild stress caused by being out of one’s routine or comfort zone) can help improve performance, but there’s a catch. At the point when arousal becomes excessive, performance diminishes drastically.

One of Yerkes and Dodson’s key experiments defining “comfort zone” was the “The Dancing Mouse.” In 1908, the scientists gave mild electrical shocks to motivate rats to complete a maze, but when the electrical shocks became too strong, the rats would essentially lose their shit, scurrying around in random directions desperately trying to escape.

I was once one of those hysterical mice.

A couple of years ago, I received a call from a casting agent in Baltimore who saw me on local TV. She was casting for a major “political drama” and looking for organic talent. First thought: House of Cards! Second thought: Let’s do this! Third thought: Holy crap.

I went to Baltimore to audition for the experience, didn’t prepare or research, feeling pretty confident. Sanguine until confronted with reality — the waiting room was packed with “real” actors. I didn’t have a headshot or SAG card. There must have been three other women and two men dressed like Secret Service or White House staffers assessing me. I learned my sides (term for lines, in the biz) and went into the auditioning room where a lovely woman ran through the lines with me in a clinical way. “Great, now we’ll film your audition.” Camera rolls. I mess up my name on the first take. Camera is way too close, I am unsure where to look, I am sweating profusely and forgetting lines. I am thrown by her delivery, which sounds like she’s bored and reading from a grocery list. I am far past optimal arousal — I’ve gone over the cliff.  I am a mouse in a maze, getting the hell shocked out of me, desperate to escape.

I left the audition furious with myself. MORON. Incredibly, a few weeks later I was called back to read for a different role. I prepared. I sought advice and encouragement. I got my game face on. This go I was much better. I left the audition feeling pretty good. I was called back for a second read but received word that I didn’t get the part. They “went in a different direction.” I was disappointed but not discouraged. This audition ignited something I had no idea was inside of me. I wanted this. I watched the episode hoping that “different direction” meant an Asian dude or a one-legged pirate. No luck. She was a thinner version of me. The cliche of the entertainment business being cruel and not for the faint of heart is fact.

This past fall I was called again to audition with a different casting agency. I received very helpful tips and coaching from Michael Kelly (By the way, Stamper off set is not scary at all. In fact, he is lovely. It’s just damn good acting) and Jayne Atkinson-Gill who plays Secretary of State Durant. This audition was fantastic. I was at optimal arousal —hyper focused on getting out of the mouse maze and onto the House of Cards set.

And I did. I was cast as “female delegate.” Robin Wright was the director and cast me. She was a gentle, direct and patient coach to this newbie on set. “Action!” I was sweating like Nixon, pulse racing. Waiting to say my lines, I wondered, ‘could I possibly be breaking out in hives?!’ I decided to pretend to be someone who pretends to be other people for a living. I was at optimal arousal. We did four or five takes and it was a wrap.

I was elated but also disappointed. I wanted more. I waited in my trailer waiting to be called back to shoot from another angle, or with different lighting, but no luck. I called Jayne (Secretary Durant) after I left the set and apparently sounded like I had been sniffing glue — talking a mile a minute, thrilled and energized. I told her that I got it— why actors slog through the revolving doors of continuous auditions and rejections. Stepping out of your comfort zone and into that sweet spot of optimal arousal is exhilarating and empowering. Season 5 can’t come soon enough.

« Previous Post
Next Post »
« The Truth of Tears: The Cozy Cry
Speaking Outside Your Comfort Zone »
This site uses analytics, cookies and/or other 3rd party technologies that may have access to your data, which are used to provide a quality experience. If you do not agree, opt out and we will not load these items, however, necessary cookies to enable basic functions will still load. Visit our Privacy Policy to learn more.
I Agree I Disagree
Contact Us:
Email us at cs@pypo.com for requests involving data we collect. View our Privacy Policy for more info.
Opt In / Out:
To change your opt in settings, please click here to opt out or in. Or, close this popup.