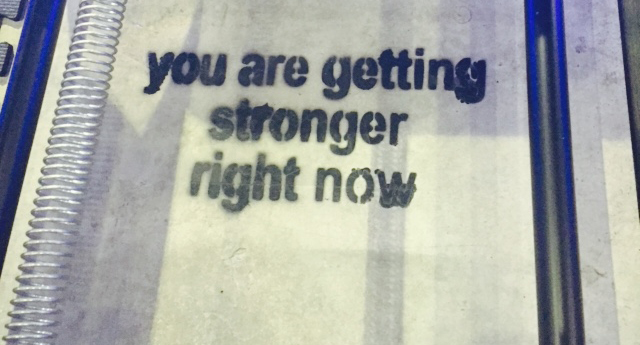 What do I tell my daughter?

This election has global significance - but at the end of the day, it is also incredibly personal. Was this a rejection of a woman? Of a set of beliefs? Of the political establishment?

Like many of you, this morning I was in shock.  It wasn’t supposed to be this way.  For months Lucy and I talked about how incredible it was going to be when a woman became the President of the United States for the first time.  We talked about what it meant – how important it was.  For me – it was going to be a profound moment to share with my daughter.

In 2008, my newborn daughter accompanied me, a single mother, into the voting booth, sleeping soundly, strapped to my chest. In 2012, she joined me again, this time with her new father as well, proud to be a part of the process as a 4 year old.  Both times were historic and special.  This year was different. Not just because she was older.  Not just because we went as a family…a mother, a father, a 17 year old big brother just months shy of being able to vote, knowing that their big sister in North Carolina had voted already, and for the first time.  And not just because we waited on line for an hour…a line that went all the way around the block.

No, this year was different because she stood on that line as a strong, curious, compassionate 8 year old girl watching her parents vote for a woman for President for the first time.

Then, as she went to bed last night, long before the final results came in, she asked me “mommy, what will we do if Donald Trump wins?” We had talked during the election about how his views didn’t reflect ours.  She had talked about all the mean things she heard him say with confusion in her voice. How could someone who talks like that about other people be allowed to run for President?  Last night I didn’t have an answer for her – so instead, I quieted her with hugs and kisses and the promise that we would figure it all out in the morning.  Sigh.

I woke up today knowing I had to be strong for her; knowing she would look at me with her big, curious, blue eyes, wanting and needing answers.  I was emotionally wrung out, and full of sadness and despair. I was broken.  How could this happen?  How do I make sense of this for her when I don’t understand it myself?  This election has global significance – but at the end of the day, it is also incredibly personal.  Was this a rejection of a woman?  Of a set of beliefs?  Of the political establishment?

It is all of them and none of them. But that answer would not work for my daughter.  I had to go with what she knows.  And she knows love.  She knows kindness.  She knows compassion.  So that is what I led with.  Here is what I told her this morning, and what I will continue to echo in the weeks and months to come:

1) We need to double down on our own outpouring of love and goodness in the world.  It’s the only way to combat the hatred that clearly exists.  We are fortunate enough to be part of a warm, loving, diverse community in New York City.  Not everyone is so lucky.  We need to be grateful for our good fortune, and pay it forward.  Give to others…monetarily, yes…but more importantly give of ourselves;  more hugs, more time, more smiles, more kindness, more compassion.  Be helpful, inclusive and lead with your heart.

2) Many of the people that voted for Donald Trump did not vote for him because they want to be mean to others, or because they don’t think a woman can lead – they voted for him because they wanted change.  Many of them feel left out and forgotten by a system that seems to cater to the elite.  They have been let down by political promises left unfulfilled and a decades old political ecosystem that does not address their needs.  Donald Trump sold them the promise of change, and they bought it.

3) And yes, there are people who did not vote for Hilary Clinton because she is a woman. Sexism still exists in 2016 – it is a hard truth but one that should not be ignored, even in a conversation with an 8-year-old.  I try to lead by example as a successful career woman and budding entrepreneur, and I will also continue to encourage her to believe she can do and be anything that she wants.  All women face adversity, but we have to push through it and not let anyone silence our voices or dampen our spirit.  It should serve to make us stronger.  Change does not happen in the course of one election – it takes years, decades.  Hilary Clinton has been fighting her entire life for what is right for children, and families and women.  We must build on her legacy – continue to fight that fight.  We have come a long way, but there is more work to be done.

There are reasons to be optimistic.  If only the youngest eligible voters had cast ballots yesterday, Hillary Clinton would be President-elect.  A map from SurveyMonkey shows that if only millennials voted, out of the 270 Electoral College votes needed to win, Clinton would have garnered 504 seats, and Trump only 23.

And women did break through some barriers.  Minneapolis organizer Ilhan Omar made history Tuesday when she won a Minnesota House seat and prepared to become the nation’s first Somali-American legislator.  Kamala Harris is the first Black politician to represent California in the Senate and only the second black woman ever elected to the chamber. Catherine Cortez Masto of Nevada became the first Latina ever elected to the Senate.  And Pramila Jaypal became the first ever Indian-American woman elected to Congress, winning Seattle’s 7th Congressional District.  And Tammy Duckworth defeated incumbent Republican Senator Mark Kirk. The 48-year-old veteran lost both her legs in the Iraq war after the Black Hawk helicopter that she was co-piloting was shot down.  Hopefully we will see one of these women – or one of the young girls who are heartbroken today – break the ultimate glass ceiling and become the first female President in the not too distant future.

Secretary Clinton said today that she was incredibly proud of the campaign she ran; that it was “hopeful, inclusive and big hearted.”  I will repeat that to Lucy tonight and also tell her what Hillary wanted to make sure every little girl out there knew:

“Never doubt that you are valuable and powerful and deserving of every chance and opportunity in the world to pursue and achieve your own dreams.”

« Previous Post
« It’s Time to Put Child Care Within Reach for American Families
One Month Later – Kill them with Kindness »
This site uses analytics, cookies and/or other 3rd party technologies that may have access to your data, which are used to provide a quality experience. If you do not agree, opt out and we will not load these items, however, necessary cookies to enable basic functions will still load. Visit our Privacy Policy to learn more.
I Agree I Disagree
Contact Us:
Email us at cs@pypo.com for requests involving data we collect. View our Privacy Policy for more info.
Opt In / Out:
To change your opt in settings, please click here to opt out or in. Or, close this popup.